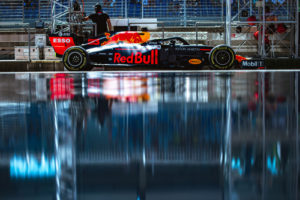 MIAMI GARDENS, Fla. (AP) — Red Bull scored a victory even before the inaugural Miami Grand Prix weekend by landing another billion-dollar American company as a sponsor — a boon as teams scour the fertile U.S. commercial market that has gone mad for Formula One.

Hard Rock International, which is headquartered in Davie about 10 miles from Hard Rock Stadium, announced a multi-year sponsorship deal with Red Bull on Thursday as drivers arrived at the venue.